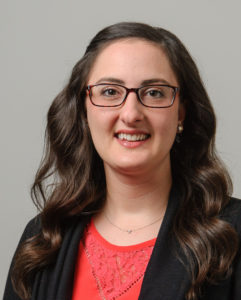 About Whitney: In her prior role as an academic advisor, Whitney guided students in planning an academic program including curriculum decisions, changes in major or minor, managing academic difficulties and probation, completing a plan of study, and other academically related matters. She was involved in recruitment, registration, and orientation activities and teaches a First Year Experience course for the Engineering Learning Community.

Prior to coming to the University of Connecticut, Whitney worked as a College Access Advisor at On Point for College, Inc. in Syracuse, New York as an Access Advisor, Whitney worked with inner city youth to pursue their college goals despite financial and academic barriers. She advised students on a wide variety of topics including college enrollment, financial aid, academic planning, career development, and residential living. Whitney also has prior experience in student conduct, international admissions, and academic advising and support.

A Connecticut native and true UConn Husky, Whitney received her Bachelor’s degree from the University of Connecticut, graduating summa cum laude as an Honors Scholar. Following her time at UConn, she earned her Master’s in Higher Education from Syracuse University. Whitney presented at the National Association of Student Personnel Administrators (NASPA) and Association for Student Conduct Administration (ASCA) national conferences in 2012, in addition to other regional and local presentations throughout her career. She received a Financial Aid Novice Training Certification from the New York State Financial Aid Administrators Association (NYSFAAA) in June 2013. She takes a holistic approach to advising and seeks to best support each individual student. A motivated, life-long learner, Whitney truly loves working with college students and is passionate about student success.

In February 2017, Whitney assumed the role of Director of Advising.